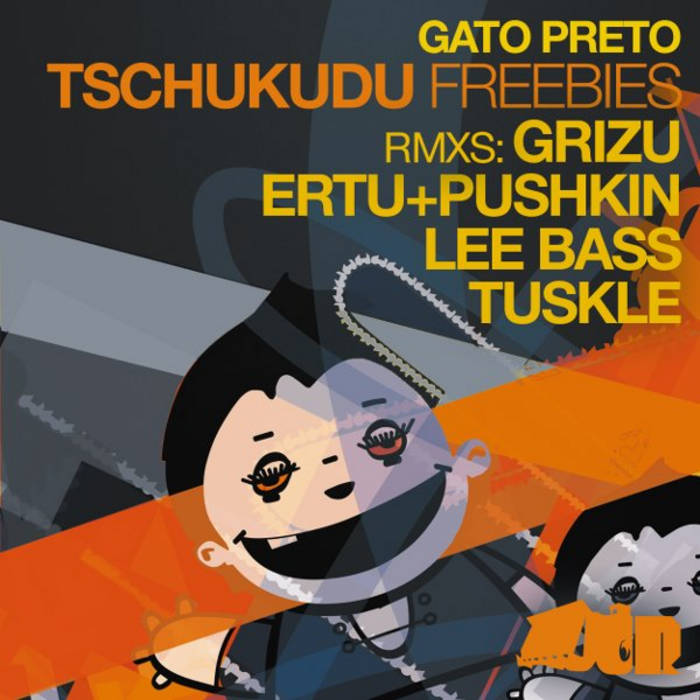 We are looking forward to present you the debut release of the female vocalist Gata Misteriosa and DJ/producer Lee Bass aka GATO PRETO.
Call it Kuduro, Favela house, it's fat tropical music influenced sound, with big impact & great expression.
Both artists having their roots in Africa, their tunes are the perfect blend between African music and urban electronic styles as Moombathon, Bmore, Bailefunk or Dubstep.
When we listened to the original from GATO PRETO for the first time, we thought, damn we wanna have that on our imprint!
Now being mainly a Breaks & Urban Bass label a decision had to be made regarding the constellation.
Our choice was the mighty triumvirate of ACCESS DENIED, FLORE, and HANUMAN TRIBE, and the result
is a massive 5track EP release:

The original by GATO PRETO comes deep, dark, with heavy basses & wicked portuguese vocals by Gata Misteriosa.
This is dancefloor Voodoo, once it got you it will never let you go! If you wanna go further, you'll find a similar version, but topped by vocals from swiss artist B Crazy, who also puts his spell on you!
The russian Grizzly ACCESS DENIED fires some rough sounds out of the deepest woods of the taiga, cutting signal lines with unlimited drive, even some smack of funk, a wicked arrangement & surprising rhytmic devastation!
HANUMAN TRIBE's version ensares you first with beautiful melancholic atmospheres before it comes to a wild chop n drop of electrifying sounds & sawsynth action,
this is the deadly liaison between hardelectro and tech breaks, you better be warned!
And we are delighted by FLORE's remix of TSCHUKUDU, this is fu**ing sexy. Very housy, deep as the Rhone, downpitched vocal madness and propulsive percussions, you won't be able to keep your feet calm, quality stuff for the bellyshakers!

Their masked mystique is the music – a tropical bass thunderstorm of candy rain and sound clouds. Gato Preto – the producer Lee Bass and rapper/singer Gata Misteriosa – unveil the African music paradise reflecting their roots in the polyrhythm of Bass from Ghana, the Portuguese slang of Gatas Mozambique and live, with the incredible Djembe Power of Moussa Diallo from Senegal. ... more

Bandcamp Daily  your guide to the world of Bandcamp

Serena Cherry debuts her black metal project, plus a Pick from the Crypt block from Svalbard